PB is a different way to manage public money and to engage people in government. It is a democratic process in which community members directly decide how to spend part of a public budget. It enables taxpayers to work with government to make budget decisions that affect their lives.

Buffalo's people are creative, resourceful and care deeply about this place. As organizations dedicated to promoting democracy and justice in our community, we are fighting to bring PB to Buffalo and are committed to engaging our communities in this exciting project!

This year, Common Councilman David Rivera’s office is running a pilot PB Project in the Niagara District. From January to June, nearly a dozen community projects were generated by residents in the district at community meetings. Volunteer Budget Delegates worked to develop these ideas into projects. These projects will go up for a community wide vote the week of June 23rd through July 1st. All Niagara District residents and Students age 14+ can Vote! Voters must bring proof of district residency (a utility bill, photo id, student id etc) to vote. 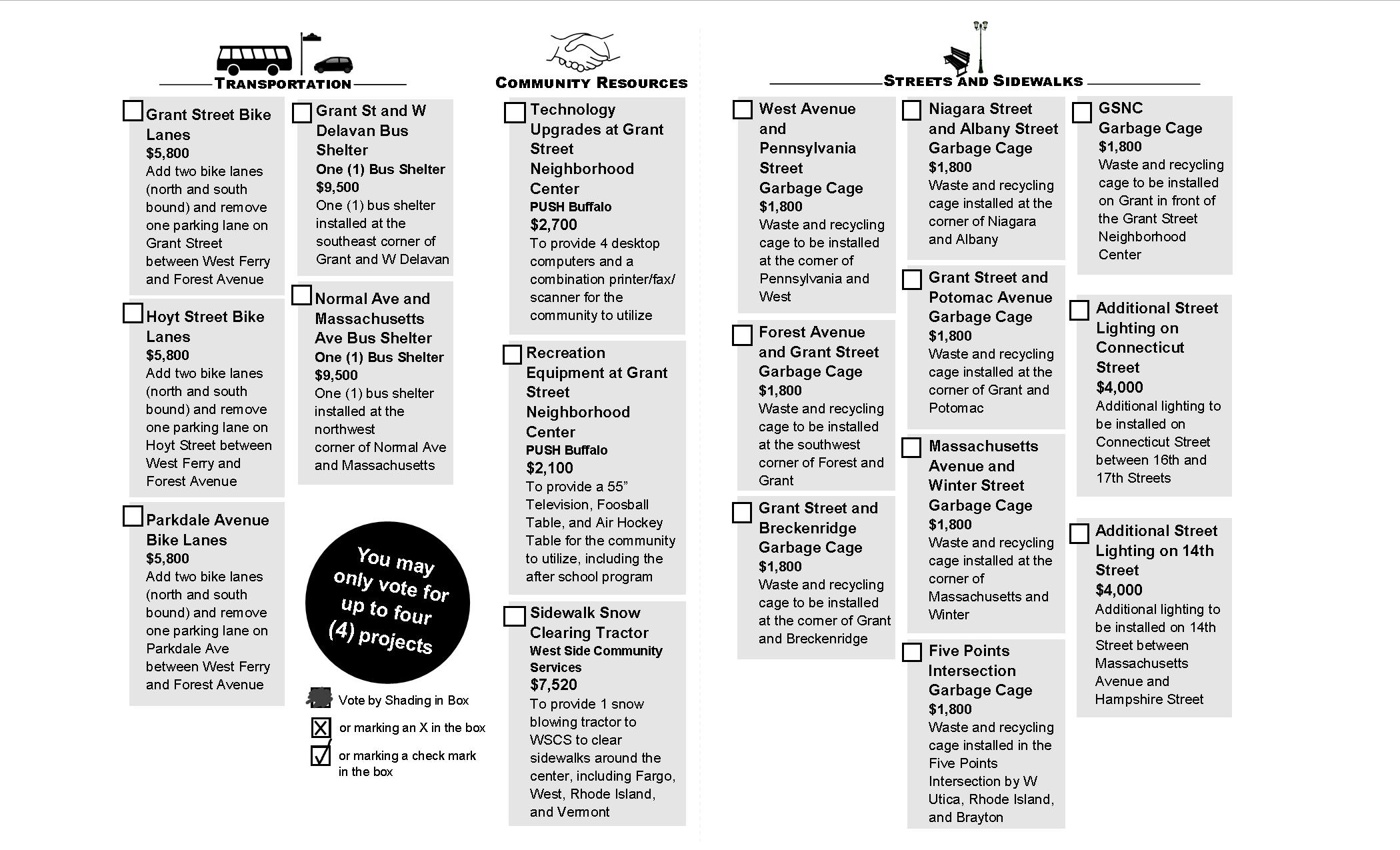 Winning projects for the First Cycle of Participatory Budgeting (PB) in Buffalo have been tallied and announced! Over 300 residents came out to 8 different voting locations over the span of 6 days in various locations throughout the Masten District to decide on how to spend $150,000. The winning projects, in order, are:

A PDF of the ballot can be found here: PB Buffalo Ballot 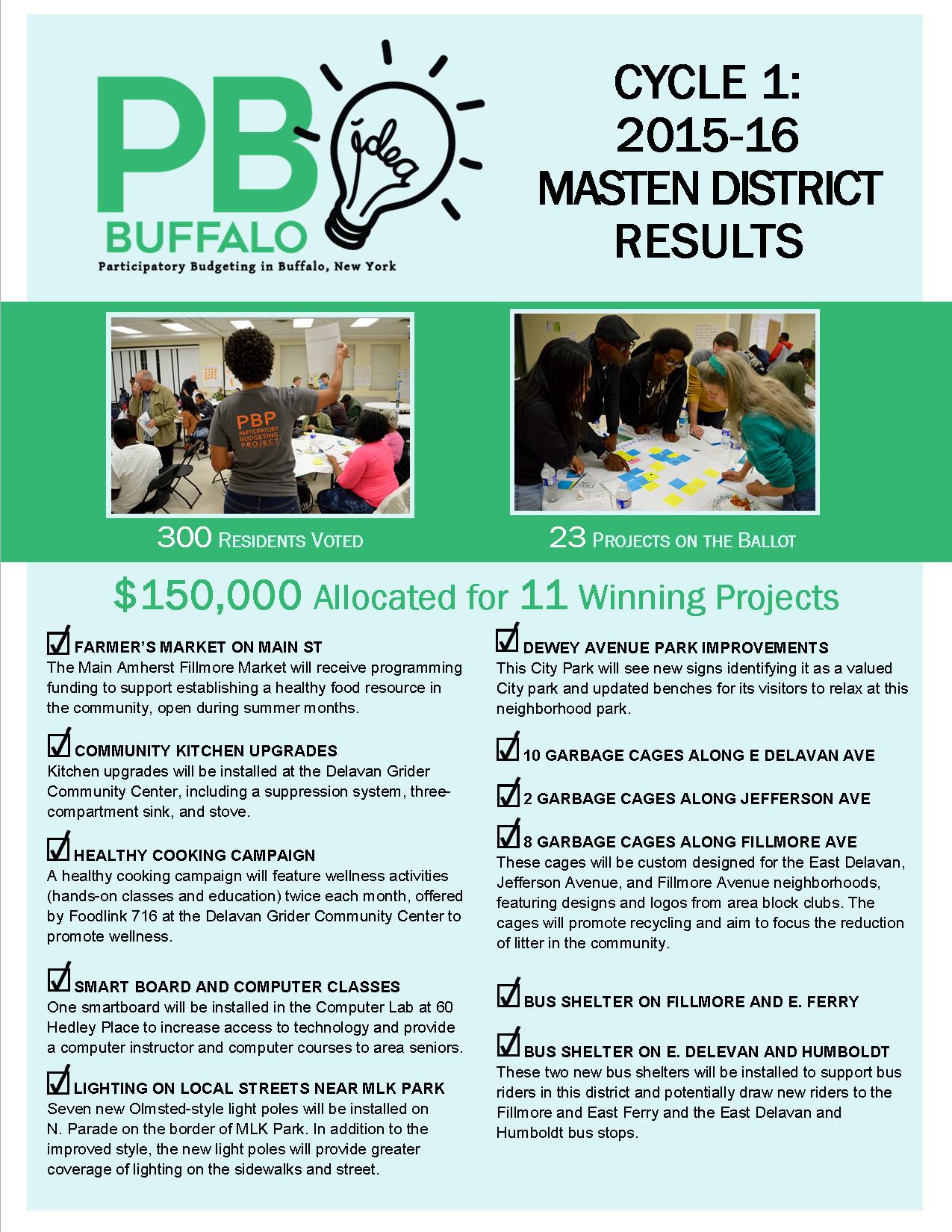